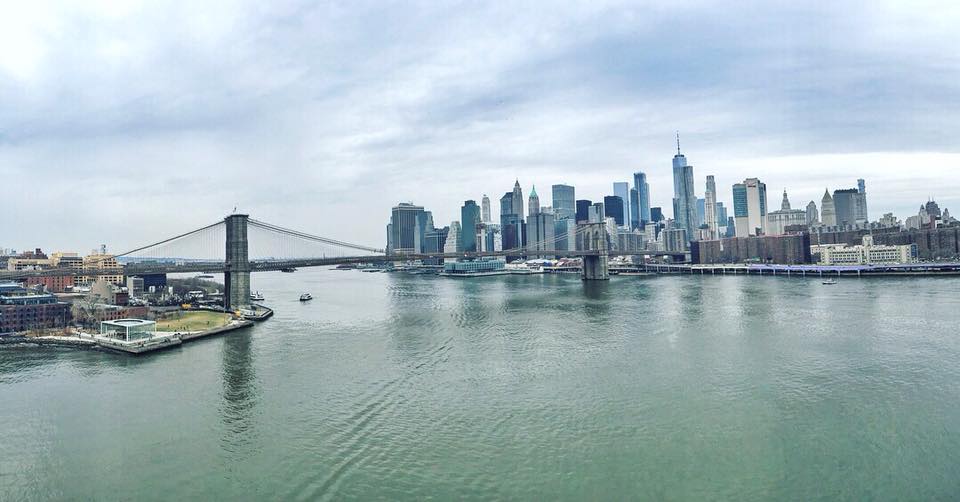 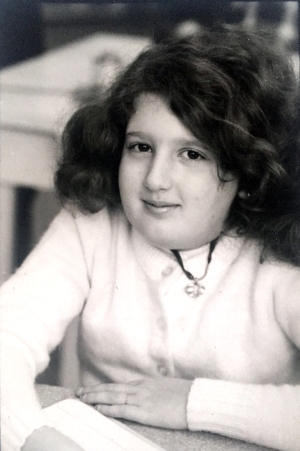 I was a chubby kid. I loved to eat. I didn’t like to exercise or play sports. I watched soap operas. I got migraines. Before I was a teenager I started wearing plus sizes. Sometimes my mother would suggest I eat diet bars. So I did. Who else remembers Figurines?

I didn’t like exercise or sports or gym class because I was embarrassed in large part by how awkward my large body might look as I tried to run across the field or the court. I was terrified of being laughed at. There was no way I could be graceful or even athletic. So I hid in my large clothes and found other ways to feel like I was part of a team. Maybe that’s why in high school I joined every other club I could — yearbook, publicity, student council. And then, of course, rather than being on the track team, I became the Track Manager so I could hang out with my friends who were good at running and shot put (you know who you are).

It’s funny to me now looking back on my role as Track Manager. It was such an early indicator of the path I would take later in life — being the producer, the organizer, the cat herder rather than the creator (or the cat). In the last handful of years, I’ve flipped that around though, perhaps not coincidentally after running — actually being the runner — became a critical part of my life.

The thing about being a chubby kid is that I never really grew out of it. No matter how fit I might get — regardless of my clothing size or what the scale says — to this day, I always see myself as the big girl.

My exercise epiphany happened when I was in college. I was sick of being chubby, so I got a bike. And because I’m not someone who can ever do anything by half, I became nearly obsessed with biking. Sure, I had a boyfriend who also liked to bike, but that was far from a positive for our relationship. He made it competitive (surely, I didn’t). And that’s when I started to feel bad about myself again. He made me feel slow, even though I wasn’t. He made me feel big, even though by now I’d lost 30 pounds and was in great shape. After almost five years of this behavior, I could finally see it. So, I lost another 160 pounds when I dumped that guy. (Truth be told, the break up was more complicated than that, but the way he made me feel about my size and my ability was a major part of it).

As I’ve written about before, I gave up biking after a friend had a terrible crash when we were doing a 50-mile ride in Mexico. By that point (my late 20’s), biking, and exercising in general, was no longer just about keeping pounds off, it became my therapy as I was dealing with a mother I was quickly losing to Borderline Personality Disorder. When I stopped biking, I had to find something else or I thought I’d jump out of my own skin.

Running, okay. My feet will be on the ground. I will be my own breaks. No handle bars to fly over at 30 miles per hour. Running, yes. Since that decision, I’ve finished four full marathons, four half marathons, and a handful of 10k’s and 5k’s. I’ve come a long way, literally. 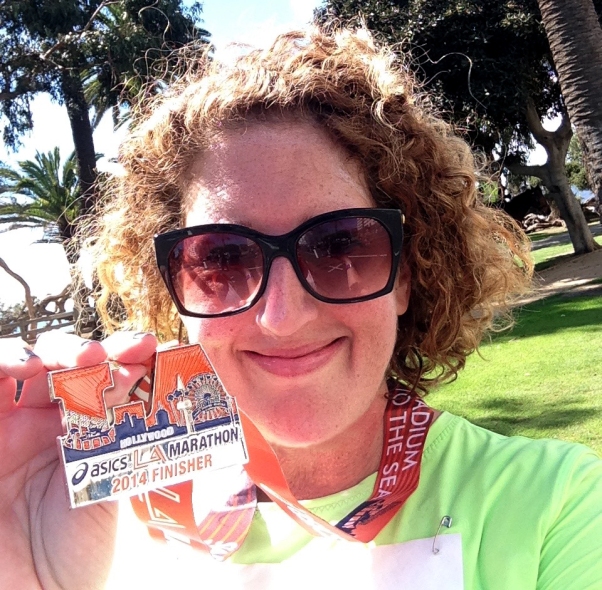 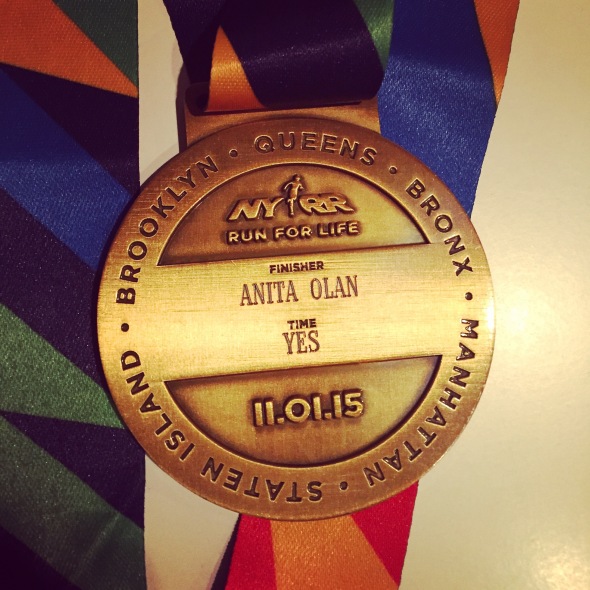 I often wish I had discovered running as a kid. Watching my friends’ children run effortlessly on the field and the court makes me wonder how my childhood, and even my adult life, would be different if I hadn’t been so afraid to trust my body in those formative years; and for that matter, trust the fact that my friends weren’t judging me. Unfortunately, I was far too busy judging myself.

Just over a month ago, I started training for the NYC Half Marathon, and I decided to do it as a fundraiser for Team for Kids, a charity run by the New York Road Runners (NYRR) that supports approximately 267,000 children a year in a variety of running-based programs to get them active and on their way to developing a healthy mind and body for life. More about Team for Kids is in the video below.

If I had access to one of these programs, would I have tried it? It’s so hard to know — in the 1970’s, when I was a kid in New York City, nothing like this existed. And that’s the amazing thing: now it does and so many kids nationwide benefit from it.

If you’re reading this, I’ve probably already told you about my fundraising efforts, and I’ve almost certainly asked you for a donation. To those of you who have given: THANK YOU! You are heroes! To those of you who can give: every dollar counts, no donation is too small (or too large), and it’s totally tax deductible. To those of you who may be total strangers and who didn’t know anything about me until you read this (and now you know quite a lot!): please consider making a contribution before my February 28th deadline.

And to those of you who are not in a position to donate, thanks for reading my story and learning more about Team for Kids!

The way children learn to be healthy and to appreciate their bodies — especially how powerful they can be — is so important and has such lasting impact on who we become as adults. For many of the kids who benefit from Team for Kids, it’s the only exercise they get; and these NYRR Youth Programs have been recognized by Partnership for a Healthier America as a leader in the fight against childhood obesity and health issues.

So, it’s a cause that’s close to my heart and that inspires me — just as it reminds me and makes me think about my own experience. We can’t change who we were, but we can alter our own path and maybe even have a positive influence on who someone else might become.